Rafting with Georgi of Georgia


The Georgia project had been on the burner for a while.The sport of  Rafting is growing in Georgia. Georgia also recently hosted a European cup event.  USaid had kindly sponsored and paid for a group of 13 Self taught Georgian raft guides to attend a 9 day IRF certification workshop combined with a Rescue 3 Europe Whitewater rescue technician course.

The Aim of the course was to work with the company owners & senior guides to help them gain IRF certification. Our main aim was to also introduce some safety standards that all of the guides and companies could adopt and start to implement once the workshop was over.

We had been planning the course since March. Myself & Gaspar were now in Georgia and ready for action. I had previously run a rescue course in Georgia so I already knew what to expect.
Both myself & Gaspar had decided to strip things right back to the basics and run the 3 day WRT rescue course before we even attempted to start to formally assess for IRF guide & trip leader awards.

As I say on every workshop that I run it is very rare that a guide presents him or her self for an assessment and has all of the skills needed to pass straight away . The WRT would give us the chance to tune up the guides rescue skills.

The workshop was to be based on 3 different rivers providing us with the opportunity to work & observe on a variety of different rafting environments. We settled into our first camp on the banks of the Rioni river and got to work. After a quick personal equipment check we headed to the river to look at swimming and some conditional rescues. 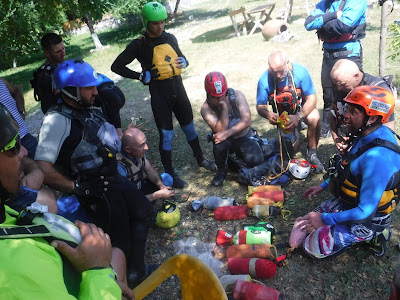 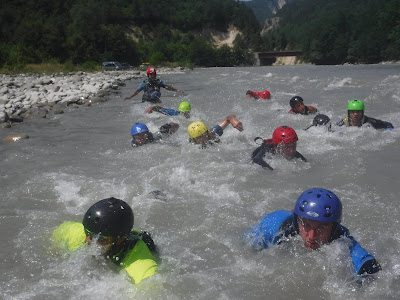 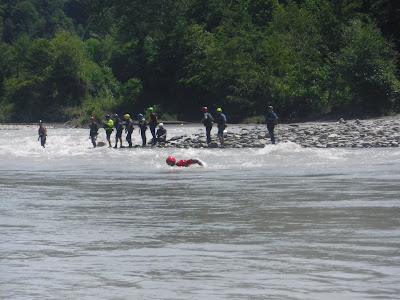 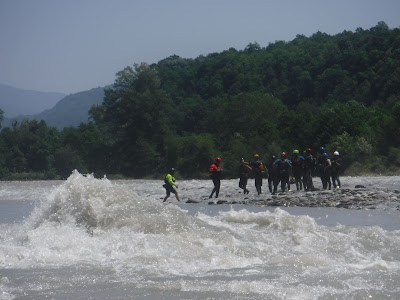 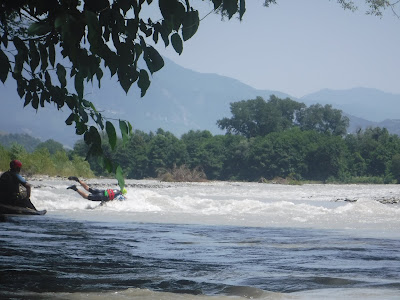 During day 1 we looked at the basic principles of river  rescue. We also did lots of swimming and practiced throw bagging lots &lots. We studied different types of throws with a variety of different belay techniques. In order to move on through the WRT syllabus we also need to create a team work ethic which was an important  factor too. 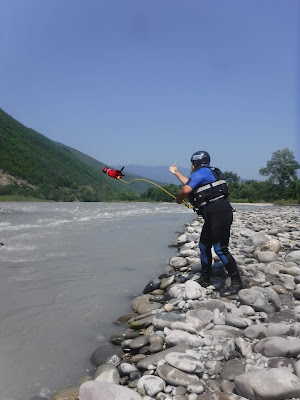 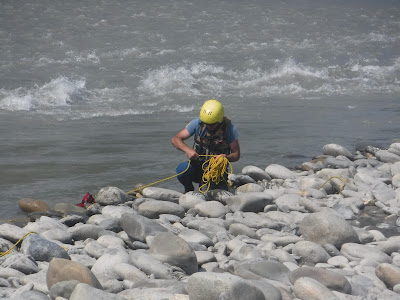 We ended day 1 with 2 land based sessions looking at personal & team equipment we then followed this session with a introductory session on knot tying. 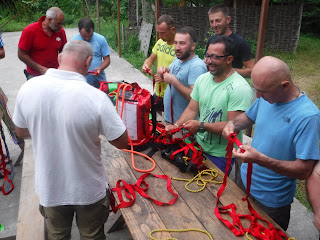 A good friend of mine once told me that Georgia was famous for its hospitality & good food he was so correct. out hosts sat us down to a feast with plenty of local wine it was a great way to end day 1.

Days 2&3 Were spent on the Rioni working through the rest of the WRT syllabus. We practiced line crossing techniques and even managed to run some night operations. The Georgian guides were not only learning lots but they were having fun learning. One of the key messages that came out of the learnings from days 2&3 were that a good plan plan needs to have good clear  communication at all times 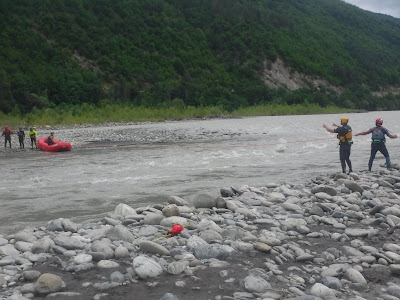 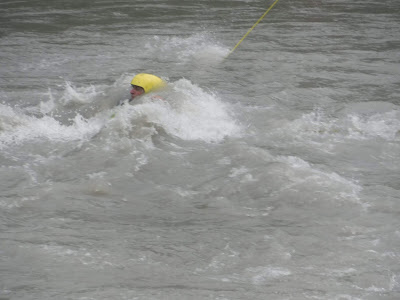 later on day 3  we started to look at river running skills & tactics. for this we used the CLAP model to increase our river safety. For those who are not familiar here is a quick introduction. 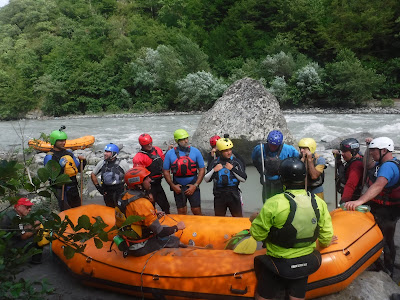 Day 4 greeted us with an amazing thunder storm and lots of rain. Myself & Gaspar had a hard time convincing the students that once the storm had stopped that rafting in the rain was perfectly acceptable and practiced all over the world. We spent the morning running the lower section of the Rioni river before we headed to our new camp a 4 hour drive away on the Mtkvari river in the town of Borjomi.

The Mtkvari was the host river for an IRF European cup race in 2017. The Mtkvari does not have the volume of the rionin but we still found plenty to do. During our 2 days  on the Mtkvari we manged to check off the following aspects of the IRF Guide assessments 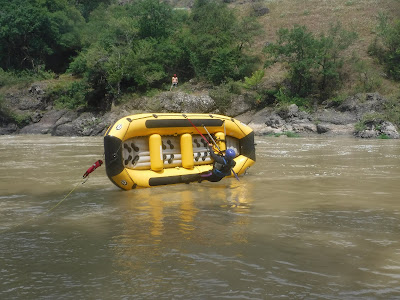 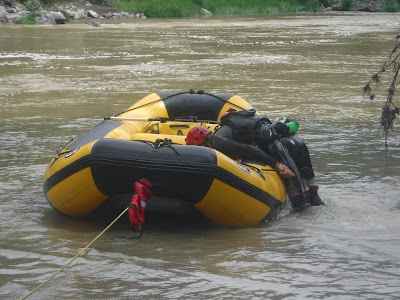 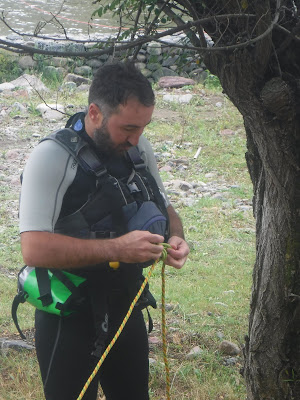 By the end of day 6 both myself & Gaspar agreed that some of the students were in the position to be assessed for trip leader awards. After a brief introduction to the assessment criteria we started to set some simple trip leader scenarios. The first 3 scenarios all went quite smooth. We wanted to see how the students operated under stress and they coped really well.

Day 7 saw usmove camp to the popular Agaravi river we decided to start driving at 5am this would ten give us a full day on the river. We all ran a famil trip which let myself & Gaspar see the river for the first time. The river was set in a stunning valley surrounded by forest & Mountains. 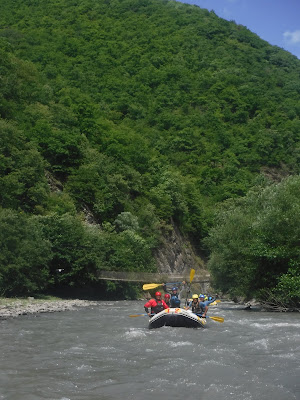 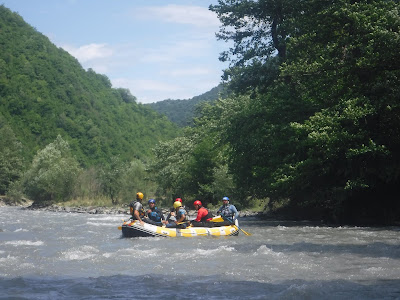 After another amazing Georgian lunch we headed back to the river to look at tethered raft rescues as the Agarvi was the perfect place to practice. 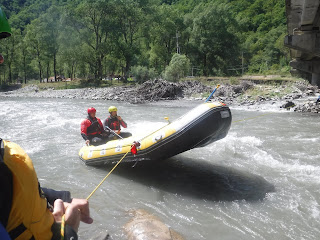 Day 8 was going to be a long day of trip leader scenarios with 5 scenarios in total to work through. The group were now in full swing even though they were tired. Gaspar had brought one of his rescue dummies for us to use we called her Nikita. Nikita quickly became a well liked new addition to the group. 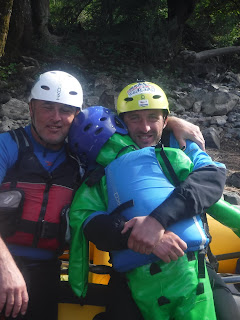 Day 8 came to a close after a long day on the river all of the students were tired but happy we decided that the last day of the workshop would be used for paperwork & Debriefs.
The workshop was a success to the point where we are already planing another workshop in Georgia for Mid September.

A big thank you to Natia & the team at USaid for sponsoring the event. Congratulations to all involved. 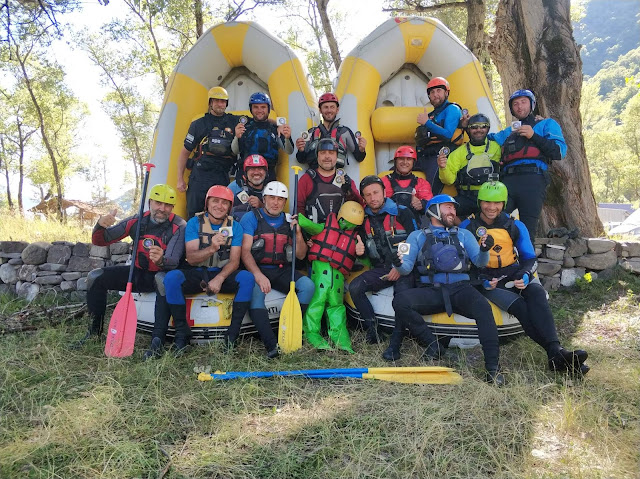 See you on the water
Mark
Posted by Mark Hirst at 15:33